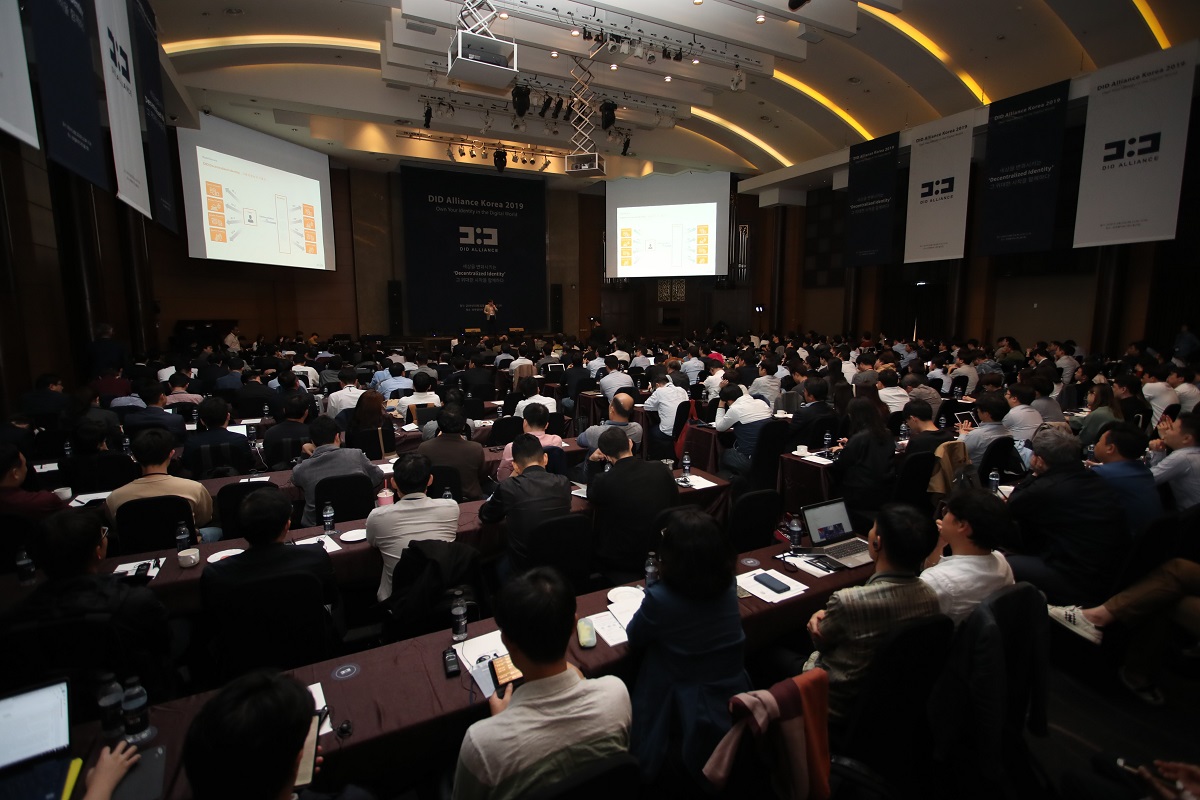 Seoul – 2019/12/10 – The Decentralized Identity (DID) technology, which is one of the major technology of the Fourth Industrial Revolution, is increasingly getting attention. As the Financial Services Commission recently announced the establishment of a legal framework and the development of infrastructure to facilitate the adoption of next-generation authentication services such as biometric authentication and Decentralized Identity (DID), companies are getting more and more interested in the DID Alliance.

Founded in the heart of Silicon Valley, the DID Alliance launched the Technical Working Group (Technical WG) that will undertake researches on technologies and policies required to establish DID technology as a global standard while ensuring its interoperability. The Alliance also launched the Business Working Group (Business WG) for studying and designing appropriate business models to industries in high-need in terms of identity verification processes, such as financial institutions or e-commerce.

The Technical WG has initiated discussions on technology standards with a group of global companies, while the Business WG, led by the DID Alliance Korea, has already held four rounds of research meetings on business model, involving 20 companies from different industries. A variety of use cases were discussed during the meetings, such as the MMA and the KFTCI’s ones, which are the leading use cases of DID in Korea.

"With the opening of the TestNet in the first half of next year, we will launch various pilot projects with Korean and Overseas members," said Yeong Rin Kim, the DID Alliance Korea’s Chairman. He added, "By presenting the technical standards and policies required for facilitating the adoption of next-generation authentication services such as biometric authentication and Decentralized Identity (DID), we will establish ourselves as a global organization aiming at standardizing a more secure and convenient identification service."

On November 26, the DID Alliance Korea held the ‘Blockchain-based Decentralized ID Outlook Seminar 2020’, in association with the Chung-Ang University’s Blockchain Service Research Center and LINC+. Not only DID Alliance Korea’s members but also private and public organizations that are interested in the DID space, participated in the seminar, in which various information on the KFTCI’s use case and global DID development model were shared.

The DID Alliance is a global non-profit corporation launched in October 2019 that aims at establishing interoperability and cross-ledger transaction standards across various decentralized identity platforms while striving to standardize the DID technology in the world. The Alliance was co-founded by Soon Hyung Lee, CEO of Raonsecure, and Ramesh Kesanupali, co-founder of the FIDO Alliance.